Alaska Airlines is out here using all the best social media engagement practices. I see you!

A recent study published in The Palgrave Handbook of Corporate Social Reasonability (CSR) analyzed many studies over the past ten years. The findings emphasize the importance of interactivity and stakeholder engagement in CSR efforts on social media. Brands can’t just post that they support Black Lives Matter or wish the LGBTQ Happy Pride Month, and then not show this in their hiring practices, or allow their comments section to overflow with hateful comments, without addressing them. It’s no longer enough to espouse a belief if your actions are not matching up with the CSR message.

Part of sending a strong CSR message is to follow it up with audience engagement.

Since taking the Strategic Social Media Communications course for my grad school program, I will admit that I’ve been a little hyper-focused on a brand’s social media communications. So, one evening when I was scrolling Facebook and came across Alaska Airlines’ post, I had to stop and delve further.

It was a white text on a black background, and it said, We Stand For Racial Equality & Justice. We must do better. The status update that went with the photo stated: Read more about how we’re cultivating an inclusive and anti-racist culture where we’re always learning, seeking to understand, and where everyone is seen and respected. Following the statement was a link to their blog post in which they outlined their commitment to their Black employees, and their values centered around inclusion. Alaska Air’s direct messaging tactic, following with a link to more detail messaging, is a best practice in persuasive messaging, backed by recent research in CSR messaging.

And, because I’m a glutton for punishment, I went to the comments section. It didn’t take long before I came across comments that stated sentiments such as, “All Lives Matter,” and “BLM is a terrorist organization.” Wow. How do you respond to such comments? If you’re a boss at social media, you absolutely acknowledge the comment, and you respond by stating your company’s beliefs and values. Furthermore, you respectfully defend your position.

They Didn’t Stop There with Social Media Engagement

As I left that post and continue to scroll through their feed, I saw that Alaska Air makes it a standard practice to engage throughout their Facebook feed. There were comments from customers who were expressing their disagreement with the airline’s new mask policy. Alaska Air’s response was to let that person know that Alaska Air will be there for them when they’re ready to fly again.

Part of sending a strong CSR message is to follow it up with audience engagement. We’ve had many companies these past months espousing social causes, such as BLM, but lacking a whole lot of credibility. According to Social Media Today, most B2Cs, more than 50%, struggle to maintain regular online engagement. We’ve all seen those comment sections in which you wish the company would monitor it and remove the obvious spam comments, and the hateful trolls. Or, even worse, when companies do not answer questions in the comments related to the post.

The level of active engagement on the part of Alaska Air’s social media team is an example of how organizations can build trust and credibility amongst their customers. It’s not only about reaching out to squash negativity, but it also means letting your customers know you heard them.

And, sometimes it means making customers aware of your social media policies.

What do you think about Alaska Air’s responses to the negative comments surrounding BLM? Do you think they should have done anything differently? What other brands have you seen doing a kick-ass job of engaging with their audience around their CSR efforts?

Note: This is a reposting of an article I published on Socially Awkward on September 3, 2020. 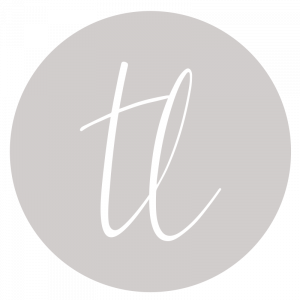